Arabella Chapman was born on the eve of events that would change the lives of all black Americans, including that of her small family. The year was 1859, less than two years before the outbreak of the U.S. Civil War and the abolition of slavery. The establishment of African American citizenship would soon open new doors, while also setting in place new challenges for black Americans. The Chapman family lived in Jersey City, New Jersey: Arabella, her parents John R. and Harriet Alfarata Chapman, and her older brother William. The 1860 census reported them as free people, in a state where a small number of people remained enslaved until the 13th Amendment was ratified in 1865. John R. Chapman was a boatman; likely he worked along the Hudson River between New York and New Jersey. John also owed $100 in personal property. It was a modest amount, but not inconsequential if, for example, this meant he owned his own boat.

Life for black Americans in the post-Civil War era, meant building upon the strengths of family and community. By 1864, the Chapman family had migrated to Albany, New York. What drew them away from the bustling life in riverfront city at the southern end of the Hudson River 150 miles up river. Albany was the state capital, seated right along the river’s east bank. For African Americans in the mid-19th century, Albany held an important place in political culture. It had been home to key black abolitionist activists including Stephen Meyers, whose daughter Liz is included in the Chapman albums. Albany hosted some of the state’s early African American political conventions, such as the 1840 Convention for the Colored Inhabitants of the State of New York, bringing together anti-slavery and civil rights activist from throughout the state.

Life in Albany tied the Chapman’s to this long history of black life and activism. They found there an already established black community, and John Chapman found new work. By 1864 he was working as a waiter, and over his lifetime he would work his way up to the station of head waiter at Albany’s finest hotel, Delavan House. The hotel and resort industry — one that was bound by Albany to the south, Saratoga Springs to the north, and Berkshire County, Massachusetts to the east — was an old one that also stretched back to the antebellum decades. Solomon Northup, author of Twelve Years a Slave, had been drawn there in the 1830s by the job opportunities. Many of the men in Arabella’s circles worked in the resorts, including her future husband, Clarence Miller, who would become a waiter in North Adams, Massachusetts and Albany.

Education was an important part of the Reconstruction era story, and black Albany challenged the status quo. In the 1850s, men like Steven Myers challenged the segregation of the city’s public schools. By 1870s, the Chapman family help sustain such challenges. The household had grown to six, with the birth of Arabella’s younger brothers, John and Charles. Coming of age in Albany meant that the Chapman children could be educated in the public schools. One of the best remembered stories of these years, told by historian Marian Hughes, is of Arabella’s schooling. She first studied at the city’s all black Wilberforce School and then went on to the Free Academy, today’s Albany High School. In 1877, she was the first African American to graduate from the Free Academy, and by 1880, Arabella was teaching music.

As a young woman, Arabella was part of a community that was striving for respectability and accomplishment. We see this reflected in the regular news reports of her social activities which included excursions to nearby Saratoga Springs, benevolent association meetings, weddings, and concerts. The optimism of the Reconstruction era, a time when black Americans of Arabella’s generation saw a future in which the nation might achieve the ideals of a inter-racial democracy, was being gradually displaced by the rise of a Jim Crow social and legal order. Although New York would never again adopt the sorts of stark laws that would come to characterize the South by the century’s end, still even in New York, African Americans lived in a precarious time during which national institutions, from Congress to the Supreme Court, undercut many of the Reconstruction era’s promises. Was there resistance to this shift in Arabella’s community? Certainly there was, as chronicled by William H. Johnson, in his history of black Albany. Arabella’s brother John, a Republican party activist, helped Johnson compile a record of the resolve of black Albany residents to assert their rights. 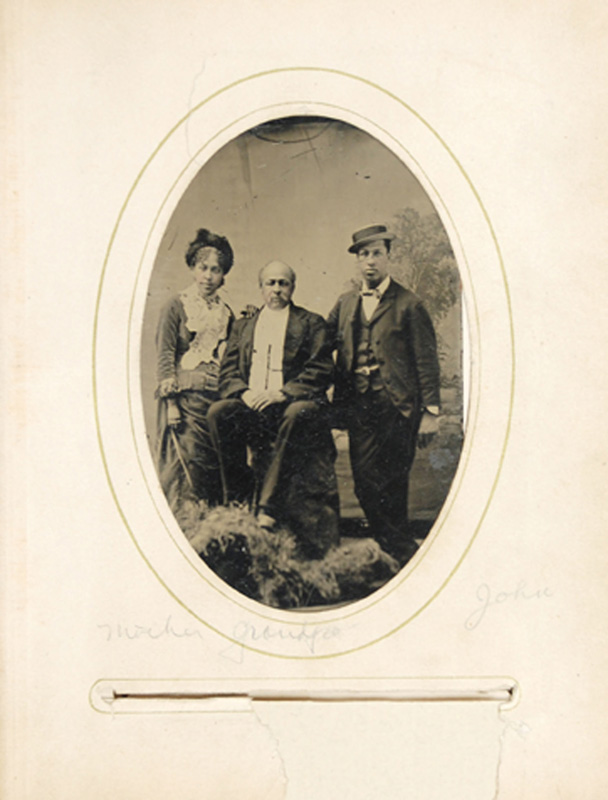 For Arabella, resistance took the form of a sustained commitment to family. We cannot say precisely how she met Clarence Miller. Both were raised in Albany. We do know that in December 1886 the two married in Albany before family and friends. The New York Freeman described it as an elaborate affair, one that was testament to the status and aspirations of the Chapman-Miller family. Arabella was described as wearing a “dress of white surah silk, [with] brocaded front and orange blossoms.” The Reverend Derricks of the A.M.E. Church performed the ceremony and all the city’s “best people” were in attendance. Clarence and Arabella would begin their family life in Albany, with Clarence joining her father in hotel service work.

It was work that likely drew the couple away from their home city to western Massachusetts. By 1896, Clarence and Arabella Miller had moved their home to North Adams, Massachusetts. In Berkshire County they found another well-established string of black American enclaves. W.E.B. DuBois had been raised in nearby Great Barrington from his birth in 1868 until he headed to Fisk University in 1885. Arabella never crossed paths with DuBois, but the two would both develop an interest in African American portraits during their lifetimes — DuBois through pubic exhibitions and Arabella through private family albums. The Millers’ three children — Claribel, Carroll Aubin, and Harriet Alfarata — were all born in North Adams, and Arabella’s photo album captures them there posing with friends. This must have been a treasured image. Claribel, Arabella’s oldest, did not live to adulthood. By the time the family returned to Albany during the 1910s, only the younger two children — Aubin and Alfarata — were still with their parents. 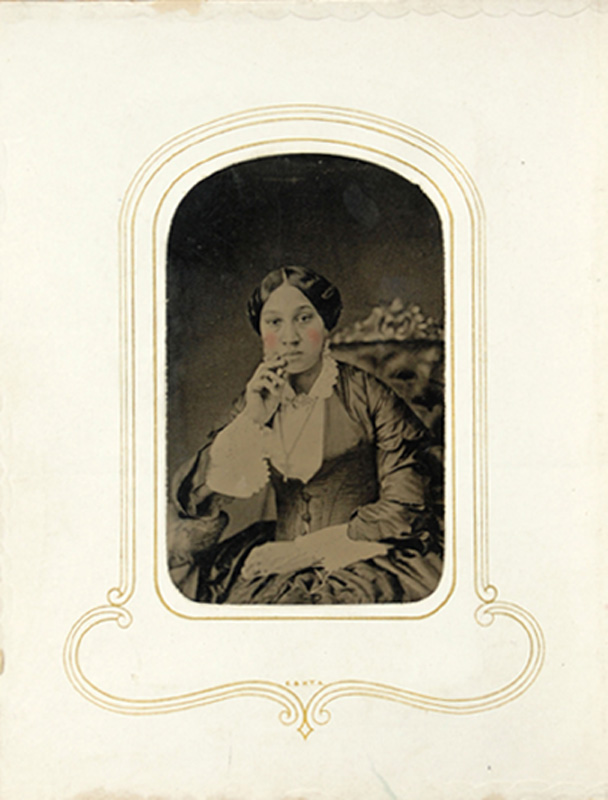 Place defined the lives of Arabella Chapman and her family. Arabella, Clarence, Aubin,and Alfarata would spend the remainder of their lives in Albany, buried there in what is today called the city’s Rural Cemetery. Their images, preserved in Arabella’s albums, come to us as signs of how important the ability to sustain family and friends in black Albany was. Arabella’s brother John, as a Republican party activist, would infuse the family with a sense of how they were linked to the shifting place that black Americans occupied in the state and the nation. Arabella’s sister, named for their mother Harriet Alfarata, was trained as a stenographer and worked for the state library. But she was also a writer, connecting the Chapman family circle to the renaissance of black American arts and letters in the 1920s. Her novel, Idealia, a Utopia Dream; or, Resthaven, was published after Alfarata’s death in 1922.

When we closely examine the Chapman albums, we see how they underscore the centrality of family to this story. If the albums had their origins in a gift to Arabella in 1879, they had a long life. Many of the images bear the tell-tale signs of Arabella and her memory: She pencilled captions on the images to aid her memories. The same albums passed from mother to daughter nearly 50 years after they were started. When Arabella died in 1927, it seems that her daughter Harriet Alfarata (the third of the Chapman-Miller women to carry these names,) received the albums and became custodian of the images and of the family memories. As Alfarata, as she was called, became custodian of the Chapman family memories, she too took out a pencil to mark many of the images for the benefit of time. 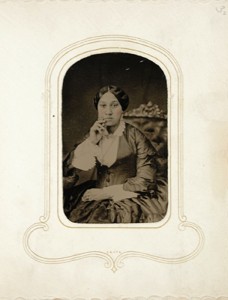