Home » About » The Project

The Arabella Chapman Project brings together students and scholars of African American history and culture to explore the role of visual culture, especially photography, as a critical dimension of the everyday life and politics of black Americans at the end of the nineteenth century.

Inspired by two rare and beautifully preserved photo albums, the Project seeks to document the people and the lives reflected in nearly 100 images, most being tintypes and cartes-des-visites. Clues embedded in the albums such as captions and marginalia when linked with the tools of social history, including city directories and census returns, reveal the rich world that revolved around the resort and hotel culture of New York’s Capital Region and Berkshire County, Massachusetts.

Included are a few figures heretofore known to historians. Luminaries such as Frederick Douglass, John Brown, and Abraham Lincoln are present through their cartes-de-visite, which were widely reproduced for purchase. More typical in the Chapman albums, however, are the working men and women of the region, dressed in their finest clothes and making what was a rare visit to a local photo studio. In this sense, they come to us as they hoped to be seen and remembered.

Many of the people included in the Chapman albums are still unknown to us. The Project invites students, scholars and the public to become part of this process of recuperation. In this sense, the Project is a living archive, one that will grow and change over time through the insights of its users.

As Director of The Arabella Chapman Project, I invite you to join this collaboration. We welcome your insights and reflections, and  hope you’ll use our comment pages to join the conversation. 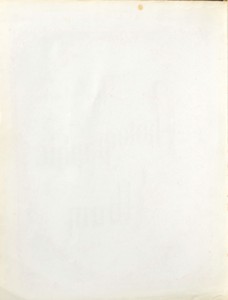