The spas, hotels, and resorts were the site of labor for the men of the Chapman-Miller family. Arabella’s father would spend much of his adult life as a waiter in Albany’s Delavan Hotel. Her husband, Charles Miller, would work in the resort hotels of North Adams, Massachusetts. This network, which extended from Albany to the south, then north to Saratoga Springs, and finally west to Berkshire County, Massachusetts also defined circles of sociability for Arabella and her friends. This notice from the New York Globe, was typical of those that remarked upon the comings and going of Arabella, her family, and friends:

“Many familiar faces have returned home after spending the Summer at country resorts. Among the  new arrivals are A.L. Myers, late correspondent of the Boston Leader, Chas Brown, Tad Green. Miss Bella Chapman, Chas. Chapman and a few others spent several days in Saratoga, and they speak very highly of their visit.” (The Globe. September 15, 1883.)

Perhaps it was in these travels that Arabella met Jessie Lattimore, pictured here. Jessie was the daughter of a Saratoga Springs based coachman, Charles, who had migrated north from Albany. Jessie would later marry Harold Wayland, who, like Arabella’s husband Clarence, was a waiter. 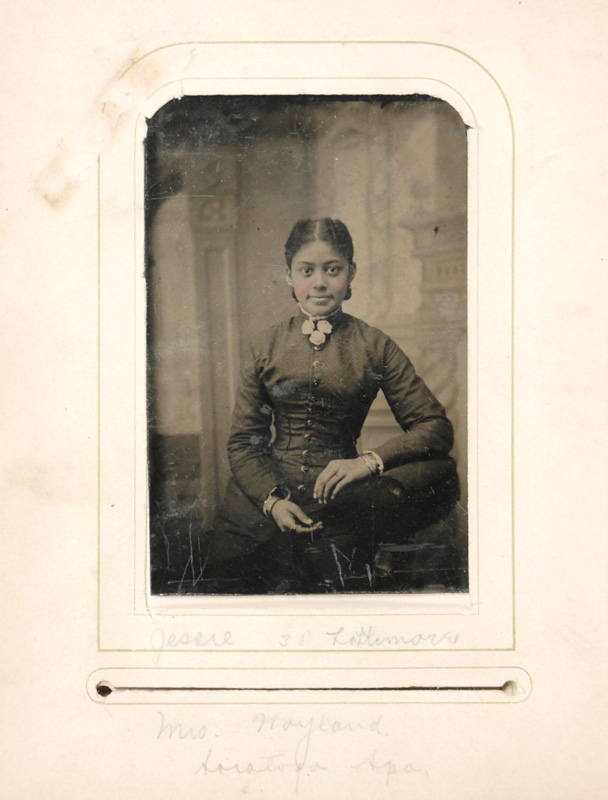 What is Frederick Douglass Doing Here?