In the years after completing her studies at Albany’s Free Academy, Arabella began her own career as a music teacher. It seems likely that she held private lessons while still living in her parents’ Albany home. After her marriage, Arabella continued to build upon her reputation as a fine musician. This talent gave her a route into the public culture of her city. When we follow reports of her performances, we learn how Arabella matured into a recognized member of black Albany’s social, fraternal, and religions communities.

“The united societies of the Israel A.M.E. Church held a bazar and sale of fancy goods in the lecture room of the church…. On Tuesday evening they consisted of a recitation, “Spartacus” Address to the Gladiators,” by D.B. Scott; piano solo, Mrs. C.B. Miller….” (“From the State Capital, Albany League in a Healthy Condition,” New York Age, March 14, 1891.) 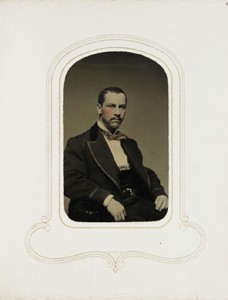