Arabella was a child of just six years of age when the Thirteenth Amendment abolished slavery in the United States. We might say that she never knew slavery, having been born and raised in the North, however, it is certain that many members of her community had experienced enslavement. Her own father, John Chapman, had been born in Virginia around 1825. Whether he had been born enslaved or free, Arabella’s father carried with him lived memories of bondage. Did he pass these stories along to his children? We cannot say. More explicitly woven into the pages of Arabella’s albums are memories of the anti-slavery movement. They come through in varied forms from intimate associations, to the celebration of history’s best remembered figures. 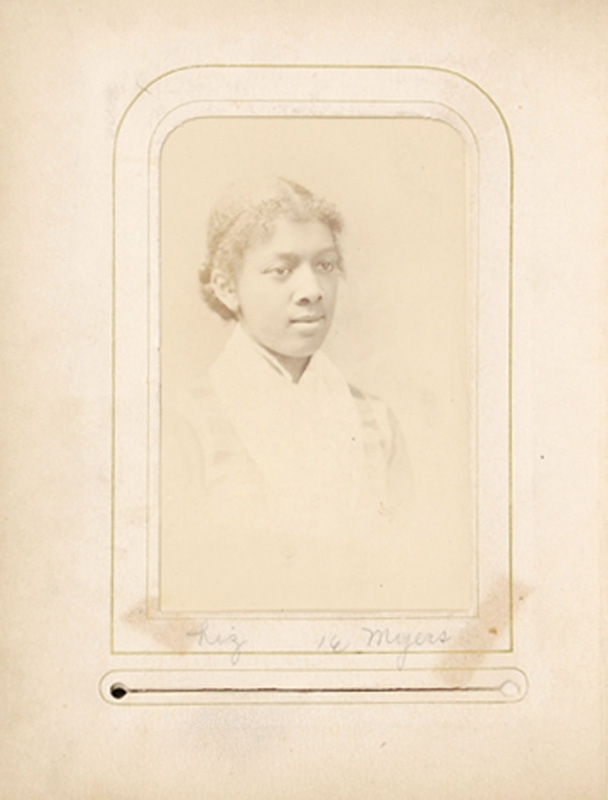 Among the friends remembered in Arabella’s albums is Liz Meyers (named Elizabeth but most often referred to as Lizzie.) Myers was herself a Arabella’s schoolmate and her siblings. But it was Lizzie’s family story that brought the history of black abolitionist activism in Albany into view.  Her father Stephen, like Arabella’s father, worked in the region’s hospitality scene as a bar tender and later a waiter. But it was Lizzie’s grandparents — Harriet and Stephen Myers — who had left their marks on the history of slave resistance. Stephen chaired Albany’s Vigilance Committee, and from their Livingston Avenue home the couple sheltered and otherwise lent aid to fugitive slaves.  Their home stands to this day, having been designated a National Historic Landmark.

If Lizzie Myers’ portrait brought with it her family’s role in the anti-slavery movement, other photos make a more explicit claim about Arabella’s sense of how abolitionism and the end of slavery had shaped her life, and the lives of all black Americans. A trio of recognizable figures — then and now — symbolize how the Civil War and emancipation were a touchstone for the Chapman family. Album I opens with the image of Abraham Lincoln. Even before an image of Arabella herself appears, the album extends pride of place to the martyred President, who was given much credit for ending slavery through the Emancipation Proclamation and the Thirteenth Amendment.  Continuing through Album I, at mid point we find two powerful images facing off against one another. On the left the radical anti-slavery rebel John Brown and to the right the best remembered of the abolitionist orators and advocates, former slave Frederick Douglass.  This triumverate, the most recognizable figures of all those in the Chapman albums, suggest the debt that Arabella and her family felt toward the activist who had transformed their futures. 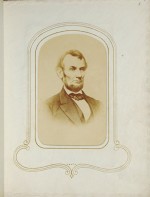 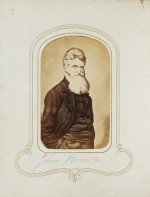 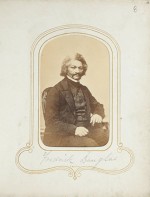 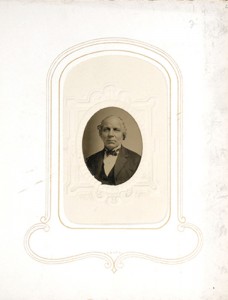