In 1879, R.H. Bundy inscribed Album II as a gift to Arabella. The date was October 3, 1878 and Bundy noted the place, Albany. He also notes an address, 193 Elm Street. This, and the latter addresses recorded in pencil — 68 LaFayette and 70 LaFayette — correspond with the family’s homes from the 1870s to the 1890s. Here is a sign of how the album traveled with the family as they changed homes.

Who was Bundy and why did he bestow such an elegant gift upon the young woman? Our research into census returns and city directories failed to turn up anyone by that name. Our only near hit was a man living in New York City who reported to the census as R.H. Bundy. Could he be our mysterious gift giver?

Bundy played an important role in beginning what would be a life-long practice for Arabella, the assemblage of photo albums. We’d love to know more about him. 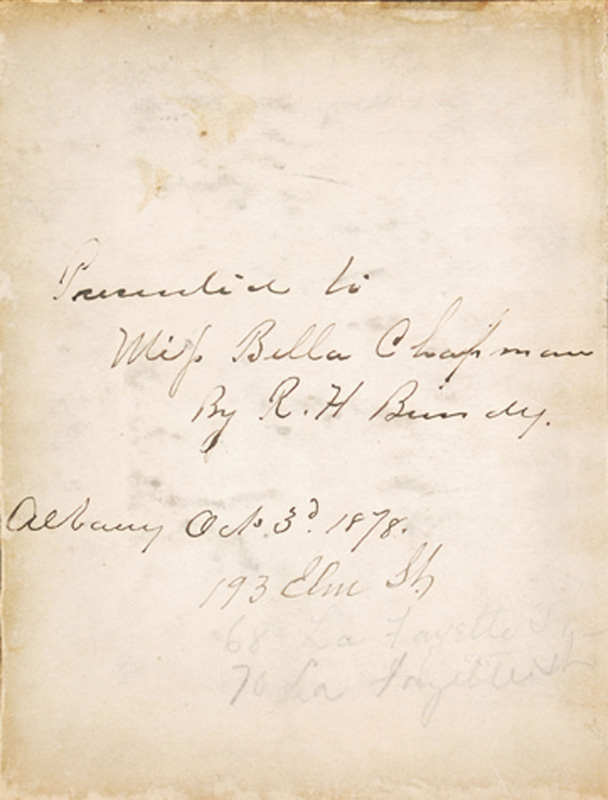 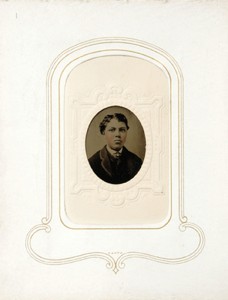