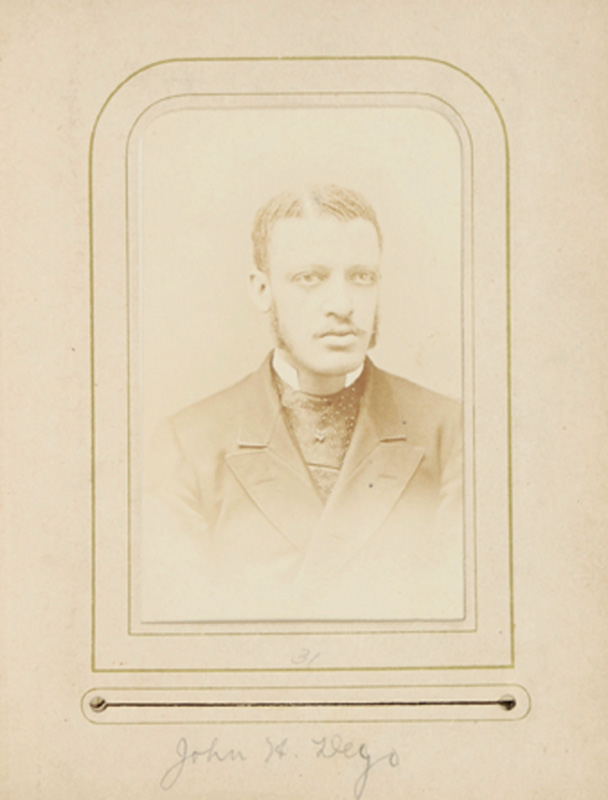 On June 14, 2015, “Ashley” commented on page 35 of Album II: “This surname is most likely suppose[d] to be “Deyo”, the family was very prominent in New York, including the Hudson Valley region. Here is the Deyo Family Association website,http://tdeyo7.wix.com/deyo-site and FB https://www.facebook.com/pages/Deyo-Family-Association/314566138582658.”

Thanks very much to Ashley for bringing her careful eye and knowledge of local history to the handwritten caption below this image. Surely she is correct this is a portrait of Albany’s John H. Deyo.

With this detail, we can say much more about this member of Arabella Chapman’s photographic “family.” We first encounter John Deyo in the archives in the 1860 census for Albany: the 5 year old son of James and Cornelia Deyo. John was born in Albany and appears to have lived his entire life in there. His age makes him a peer to Arabella, perhaps a school mate just a few years ahead. By 1880, John was 25 years old, living in the household of his mother and six siblings, and working as a barber. He continued in this profession until at least 1890, when a city directory reports him as a “hairdresser.”

Deyo is best remembered for his leadership with Albany’s African American public culture. He was a leader in the city’s black Masonic community. Details about Deyo’s postion as “Grand Master of New York” and his photographic portrait appeared in William H. Grimshaw’s 1903 Official History of Freemasonry Among the Colored People of North America. He also served as President of Albany’s Afro-American League, a late 19th century precursor to the NAACP.  In that role, Deyo’s leadership judgment was called into question. He admitted to have acted beyond the scope of his authority and undermining the organization’s efforts to promote a civil rights bill in New York State. Deyo died in 1895, just weeks shy of his 40th birthday.

Still, a mystery remains. Ashley suggested that Deyo might be related to the region’s old and prominent Deyo family. This remains a mystery. What connections were their if any between the white and black Deyo families in John H. Deyo’s lifetime?

Thanks again to Ashley for this important clue and for opening up a new set of questions for the Project.

Shawn Leigh Alexander, An Army of Lions: The Civil Rights Struggle Before the NAACP (Philadelphia: University of Pennsylvania Press, 2013.) 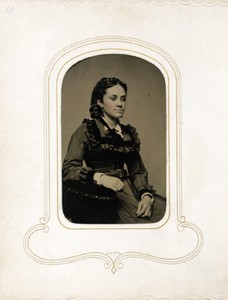