Most of the tintypes in the Chapman albums have no clues about who the photographer might have been. There is an important exception and this is for photos taken during the Civil War. Those have on the verso a stamp (proof of tax paid) and handwritten is the name of the photographer and a date.

We have two examples of stamped tintypes in the Chapman albums, presumably taken during the war. The first is that of Arabella herself (2:30) and the second of her brother William (2:23.) The stamps tell us the name of the photograph studio (Wordley and VanDerzee) and the year is 1864. 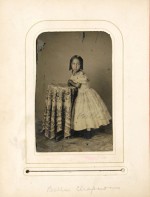 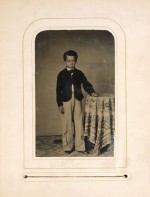 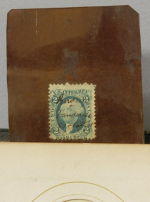 These details have always intrigued me because of their association with Albany photographer Cornelius Vanderzee. The name immediately brings to my mind another photographer by that name, James Vanderzee, who is among the best remembered of early 20th century American photographers. Cornelius Vanderzee was from Albany and a white man. James was from Berkshire County and an African American. Could there be a connection between these two photographers of the same family name?

Thanks to University of Connecticut historian Cornelia Dayton and Clements Library curator Clayton Lewis for drawing attention to this mystery! 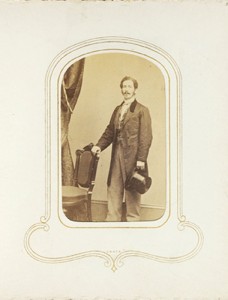